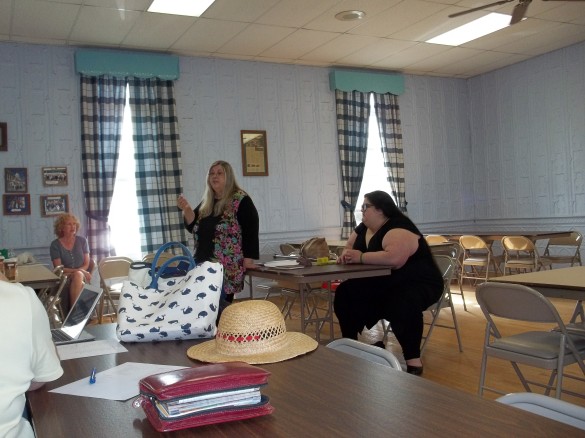 I attended a Sisters in Crime Central Jersey meeting on Saturday, where sensitive Irene Peterson gave an informative talk on all things psychic, including the occult, the paranormal, and foretelling or divination. Do I believe in such things? Not really, though I have to admit that as a mom, I’ve had more than my share of instances when the kids were young where I sensed they needed me immediately and they actually were in grave danger. I think maybe this is where the sensitive-thing comes in. It’s ingrained in many moms for survival of the species, I suppose, and I guess with all that day-to-day contact a mom automatically knows when there’s trouble. Alas, I no longer get those sensations — the kids aren’t little anymore and they have their own households. But at one time it was there.

It’s not that I went with a skeptical mind. I actually attended because there is a psychic in a series I’m mapping out and I needed a little more than a nodding acquaintance with the subject. I wasn’t disappointed. Irene and her daughter Karyn (I don’t know if Karyn is a sensitive like her mom, but she sure knows plenty about the subject) were warm, friendly, very funny, and wonderful speakers. I came away with lots of useful information. Irene is also a fiction writer and has books available on amazon. I haven’t had the chance to check them out yet, but I fully intend to. 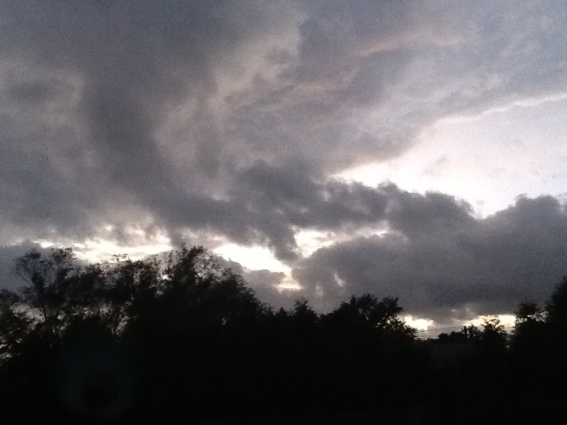 Now onto my stuff. How’s this for a strange pre-dusk sky? I thought it was just freaky-looking enough to grab my iPad and run outside to take the shot. It’s actually in color, though it looks more black and white to me. These kinds of shots always get me thinking of dark subjects, which helps with Recurring (which is coming along nicely). Come to think of it, Recurring contains a touch of the supernatural also, so I guess my time spent at that meeting on Saturday was even more useful than I had originally thought.

Food for Thought is getting interesting, especially with Evan Rhodes! What a character! If he was my brother, I’d break his ***! Kudos to hunky Ken Rhodes for not drowning him when he was young!

That’s all for now. Enjoy this lovely cooler weather and have a great week everybody!